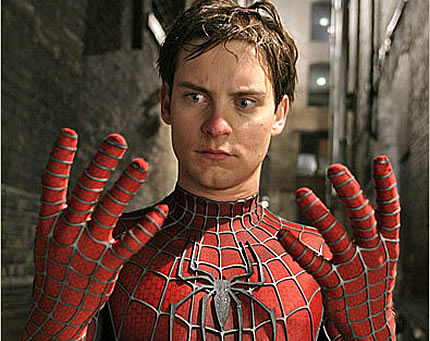 It’s always been assumed that Hollywood hosts some very high stakes private games around town but nobody wanted to spill the beans.

Some of those listed in the lawsuit are Tobey Maguire of Spider-Man fame for $311k, director Nick Cassavetes for $73k, and Gabe “Welcome Back Kotter” Kaplan for $62. The last two have been on the TV show “High Stakes Poker,” so it’s not surprising that they were at these private games.

There are several interesting points that this lawsuit brings up. The first point is that the lawsuit alleges that although it is not illegal to have private games in California, these games were organized by a company run by Molly Bloom (sister of Philadelphia Eagles player Jeremy Bloom according to Radaronline.com).

Ms. Bloom is also being sued for $475k, the amount that was allegedly paid to her by Ruderman. However, if any of the 20+ defendants to the lawsuit wanted to fight this case, they would probably claim that Ms. Bloom only organized the “party” and was not taking a “rake” from the game or profiting from it. That might be hard to do since she apparently provided the tables and professional dealers but a smart lawyer might be able to pull this off.

How many times have you given a few bucks to the host of the game to cover alcohol and food? Does this make the game illegal? If the host made money, it might. So next time, make sure to pay only the actual cost of the items to keep the game legal.

Secondly, according to people.com, money was transferred directly from Ruderman to the defendants in the case. This implies that there were “playing behind” IOUs being used at the table. If everything was done in cash at the table, there would be no need for wire transfring of money after the game.

This is horrible on many levels. Ask any poker player and they will tell you that IOUs are not a good idea in any game, especially in home games. How many times have we heard “I have $1,000 behind. I’ll get it later.” I always object to this for good reason. I’ll add this lawsuit to the list of reasons not to allow this type of behavior. If they had used cash, nobody would know how much money was won or lost at these “secret” games.

Lastly, regardless of if this was a legal or illegal game, can a player be sued if the money won in a poker game turns out to be stolen? I’m not a lawyer and don’t understand all the legal ramifications of if the game was legal or not, but I don’t want to worry that somebody might sue me years later, for money that I won in a poker game.

Don’t even get me started on what could happen if the IRS decided to get involved in this case. What a mess.

Be the first to comment on "Hollywood High Stakes Game Revealed"