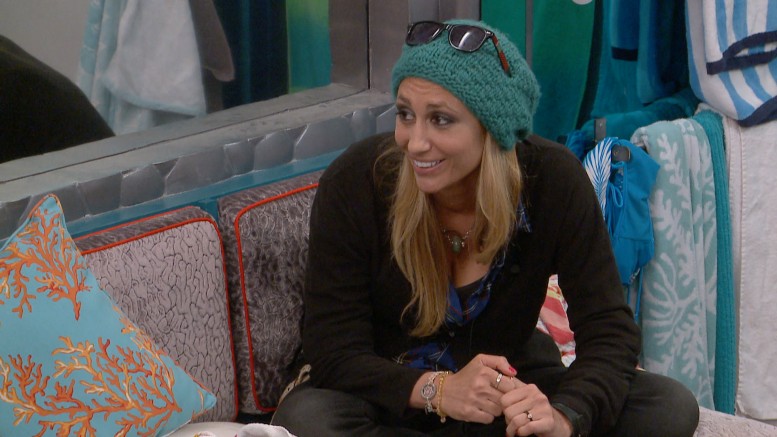 Because I don’t keep up with poker gossip, I wasn’t aware that Vanessa Rousso was on the Big Brother this season. I was channel surfing and just happen to see her on the screen. Never having seen the show, I stopped on CBS and watched the rest of the show.

Personally, I didn’t find the show very compelling and since it has nothing to do with poker, even less interesting to me. The only small connection was apparently the other players do not know that Vanessa is a poker pro and she is pretending to be a DJ. She is supposedly using her highly educated mind and expert as a game theorist to try to crack the Big Brother game.

Seeing how the general public seemed to turn against Annie Duke on the Apprentice, it will be interesting to see how they react to Vanessa on this show. After reading some of the comments, it looks about 60/40 against her right now. But the general public doesn’t seem to like smart females that try really hard to win. They just want them to look good and twerk at the club.

As for me, although I won’t be watching the show, I think it’s good for poker any time one of the pros show more of themselves beyond the poker table. Good luck Vanessa.