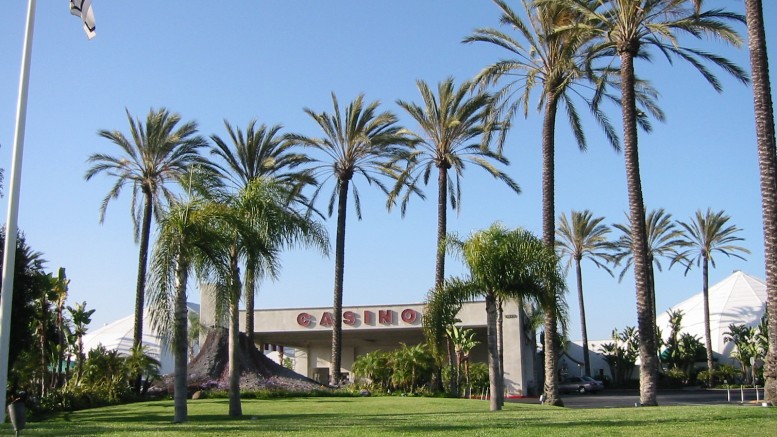 A few weeks ago, I went to a poker tournament at Hawaiian Gardens which was a $340 buy-in with no rebuys. I don’t normally play there but I like this particular tournament because you start with 3,000 chips and there’s no rebuys.  I didn’t do very well in the tournament but there was one interesting hand for me that went like this:

I raised from middle position with pocket 4s. Only the button called me. I flopped middle set and came out betting $650 into a pot of about $800. The player flat called me with the nuts. I didn’t think there was any way that he had the straight with 3-5 because he called my pre-flop raise so I put him on an overpair to the board. He must have gotten a boner when he saw the flop. When you call a raise with 3-5, that’s a dream flop.

But next, the board paired with the 2

which gave me a full house. I didn’t even realize that I sucked out on him. Anyway, I didn’t want to scare him off so I checked and he bet only $500. At this point, I wasn’t sure if he was betting small hoping for me to come over the top (because he had a monster), or because he didn’t like the board pairing. I made a comment about the strange bet and flat called.

The river brought my dream card giving me quads. As I started to think about how much I should bet to get a call, the player went all-in out of turn. As the dealer started telling him that he bet out of turn, I quickly called his all-in. The player took back his bet and the dealer had to call the floorman, who ruled in my favor. It was a nice double up early in the tournament. In hind sight, I guess he went all-in out of turn as a defensive bet, hoping I wouldn’t be able to call.

Unfortunately, a few hands later, a lady with AQ went all in when the ace flopped, which I called with my AK. But then got her Q on the river and took a bunch of my chips.

I returned to this tournament again yesterday and got further but still didn’t make the money. My friend Cheryl was also playing and we busted out almost exactly at the same time. During the break, she and I talked about Arial Clark who we both knew from Caribe Casino who died in a car accident with his producer/director father Bob Clark. Ariel was so talented and taken so early. He’ll be missed by many.